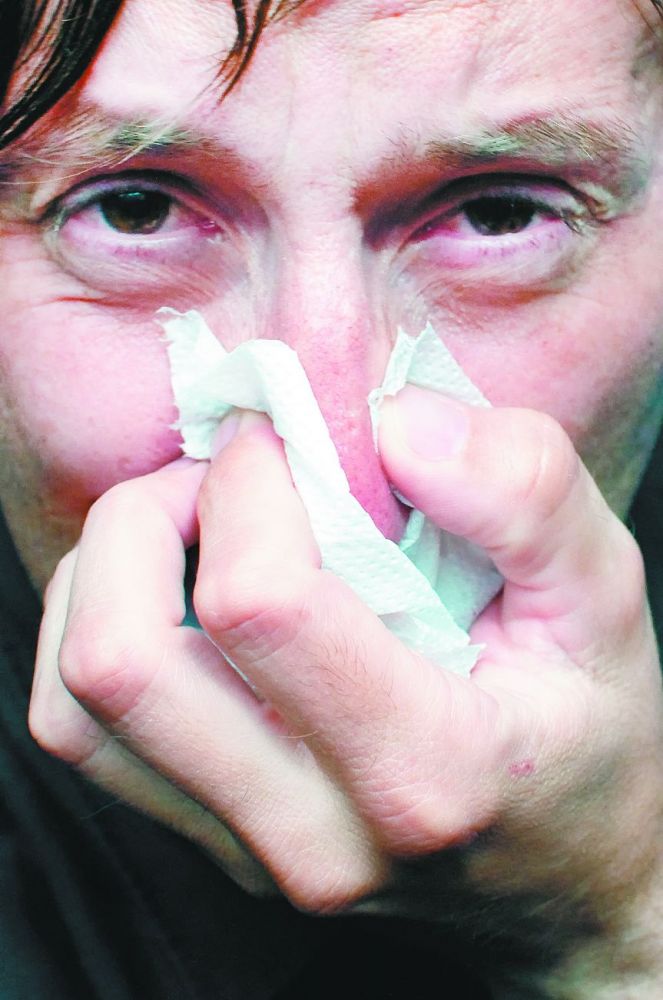 Influenza cases in Oregon, as in much of the nation, are above anything seen in recent years. The predominance of one of the more virulent strains of the virus, that has meant an especially severe flu season this year.

Two children, both younger than 10, have died from the flu in Oregon. One of those occurred in Yamhill County, Public Health Manager Lindsey Manfrin said.

The Washington Post reported the flu has killed 37 children nationwide this year.

Adding to the misery, however, Manfrin said, is a second, non-flu virus is also circulating, with “very similar symptoms.”

The result is an increase in patients at local hospitals.

“This year’s flu season appears to be more severe than in recent years. Many area hospitals have been at capacity throughout the flu season,” said Dr. Matthew Bliven, a Hospitalist at Willamette Valley Medical Center in McMinnville, “We are seeing larger numbers of patients with more complications requiring hospitalization.”

He noted, “in particular, patients with underlying chronic disease and the elderly are more at risk. We advise the community to contact their medical providers if they have persistent or severe flu-like symptoms.”

The predominant strain this year, as in 2014-15, is H3N2, which tends to be both more severe and constantly mutating, making it difficult to vaccinate against. On the other hand, because it has been in circulation for several decades, many people’s immune systems have had exposure to it, helping to build at least some immunity.

But it’s not the only strain circulating.

“We have seen a mix of both Influenza A and Influenza B virus,” said WVMC Laboratory Director Karl Kamper. “Twenty-eight percent of the individual tests this season have been positive for influenza. We have also seen a 16 percent increase in the number of patients tested this year.”

One bit of good news, Kamper said, is an improvement in the hospital’s ability to test for flu, and obtain accurate results in less than an hour. 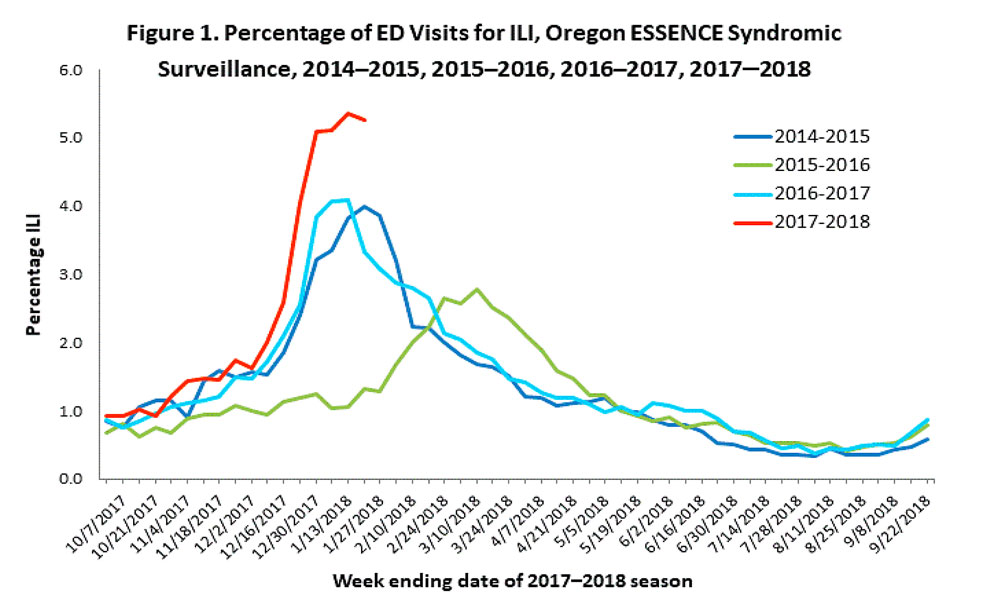 “Last summer, in preparation for the respiratory disease season, the laboratory validated a next generation influenza test,” Kamper said. “After the 2009 H1N1 outbreak, laboratories recognized that our current testing methods were inadequate, or prone to false negative results. You may have had the flu, and we couldn’t conclusively detect it.

“It’s taken several years for the diagnostic industry to develop an improved test, and get FDA approval to offer it to patients in the United States. We’re glad to have it available for patients in our community, and have a quality result within about 30 minutes. The new test utilizes molecular diagnostics, looking specifically for the viral nucleic acid. The increased sensitivity in the test gives us more confidence in the results.”

Influenza virus mutates easily and often, making it highly variable. Nonetheless, health officials strongly recommend getting the flu shot, even this late in the season. It takes about two weeks to become effective.

Manfrin said flu season typically peaks in February in Oregon. However, flu activity can persist until as late as May.

“You can get a flu vaccine at your health care provider’s office, most pharmacies or Yamhill County Public Health,” Manfrin said. 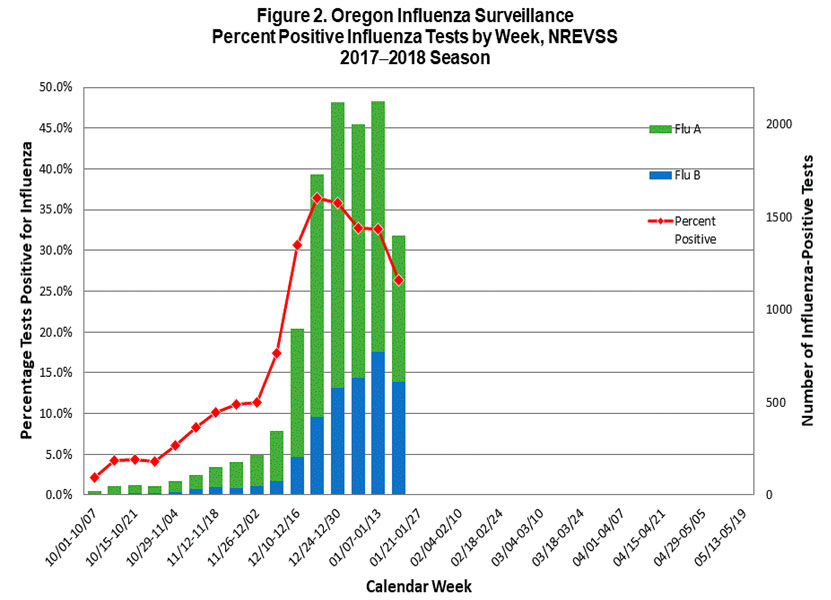 Health officials note the shot, which is estimated to be around 30 percent effective this year, isn’t guaranteed to prevent the flu, but may help make it less severe, and less dangerous.

Health officials are stressing the need to take particular care with personal hygiene.

Washing hands often, covering your mouth and nose when you sneeze or cough, and staying home when sick are the main recommendations.

Rest and plenty of fluids are important treatment components, and the CDC also recommends staying home for at least 48 hours after your fever subsides.

In addition, Manfrin said, don’t touch your eyes, nose and mouth, to avoid transferring virus from your hands to areas where they can infect you, and keep surfaces that could have flu germs on them cleaned and disinfected.

If people are sick in the household, the Washington Post advised changing bed linens often, cleaning items such as television remotes, the sick person may be touching frequently, and changing toothbrushes once you recover, to avoid re-infection.

The Washington Post warned that if children appear to be getting better and then suddenly worsen, they should be taken to the hospital, as the relapse could indicate they are now suffering a potentially deadly secondary bacterial infection.

The federal Centers for Disease Control and Prevention estimates that influenza kills thousands of Americans annually, sometimes tens of thousands. Most are elderly, very young, or have an underlying condition. However, some strains in particular have been noted for threatening even relatively young, healthy adults.

“Most influenza-related deaths are not due directly to influenza virus infection but are due to secondary bacterial infection or worsening of underlying chronic health conditions, such as chronic heart or lung disease,” the agency notes.